12 Ways to Get Ahead of Your Business Competitors 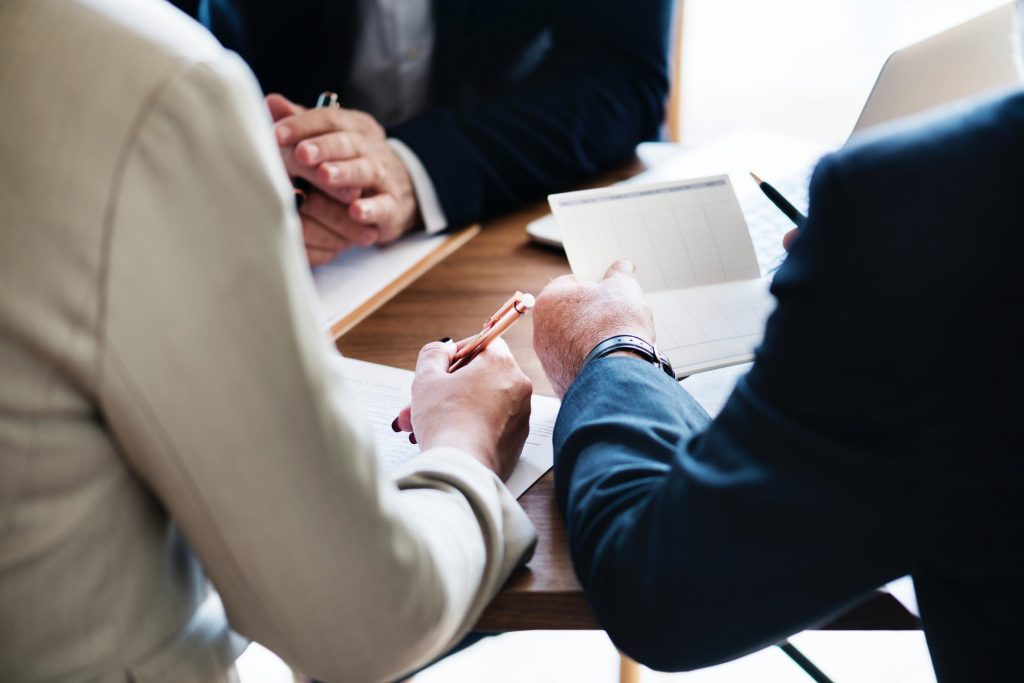 Competition is at the very heart of running a business. You’re not just trying to do the best that you can do; you’re also trying to get the better of other people in the game. Indeed, this is the battle of capitalism — the thinking goes that competition between companies helps to drive things forward because it produces the greatest quality. While this is less true when it comes to medium and large companies, there is a degree of truth in this in small business. If you’re going to survive and thrive as a small business, then you need to get ahead of your competitors. But of course, it’s one thing to say this, another thing entirely to actually do it. Below, we take a look at a few tried and tested methods for ensuring that it’s your business that comes out on top.

Know Who They Are

You can’t beat anyone if you don’t know who you’re playing against. As such, the first thing to do is to figure out who your competitors are. This might not always be as obvious as you first think; they will be split into different categories based on size. You’ll have your local competitors, your internet competitors, and your national and international competitors. Essentially, it’s anyone who might be taking away some business that might otherwise be coming your way. You might not think of, say, Amazon as a “rival,” but they are if they’re grabbing a slice of the market share that may otherwise have come your way. Once you’ve got your list of rival companies, divide them into other levels based on how direct the competition is. These will be the competitors that are similarly sized to you. They should be your primary focus.

Identify their Strengths and Weaknesses

After you’ve identified the handful of direct competitors, it’ll be time for a little bit of analysis. During this process, you’ll need to figure out their strengths and weaknesses. What are they good at? What do they do better than you? What are they not as good at? What did they overlook? All of these questions will help to gain a clearer picture of the overall strength of the competition. It’ll help you to focus on the areas that you do better than they do, too.

Look At Your Strengths and Weaknesses

After you’ve looked at the strengths and weaknesses of your rivals, you should also look at your own company. This is something that many businesses — and people — don’t do as often as they should. Every company in the world has flaws, and so will yours, but if you’re not taking the time to figure out what they are, then they might hold you back for much longer than they should be. Taking the time to do this will also help you to figure out how you can improve your business. It’ll help shore up some of the gaps that are preventing you from gaining a competitive edge over your rival companies.

You should have some data to look at after you’ve looked at the pros and cons of each company, including your own, but that won’t tell the whole story. Sometimes the differences are more abstract, a feeling or style of branding, rather than anything that you can quantify. To get an idea of where you need to go, you need to take a look at the core differences between you and the other companies. However, this isn’t always the easiest thing in the world, purely because you’re so “close” to your business. You can’t see it with open eyes. To get around this issue of perspective, look at asking others for their opinions. They’ll be able to take a fresh look at the two companies and realize the unique qualities of both.

There are often some fundamental mistakes made by businesses, one that hurts their chances of success in general but also gives a boost to their competitors: they don’t always know who they’re trying to target. You and your competitors will be targeting the same demographics, and if you’re not speaking directly to them, yet the other company is, then you’ll be at a disadvantage. You should have established your target audience during your market research, but it’s not just about knowing who they are: it’s about actively talking to them, using the language and themes with which they’re familiar.

Every company needs a bit of a boost from time to time. Even if things are generally going well, there’s a lot of power in establishing a new marketing campaign and pushing things forward. It will put a breath of fresh air into your company, and help to attract new customers. If you manage it just right, an advertising campaign can make an old company feel like brand new, which always helps to get people’s attention. 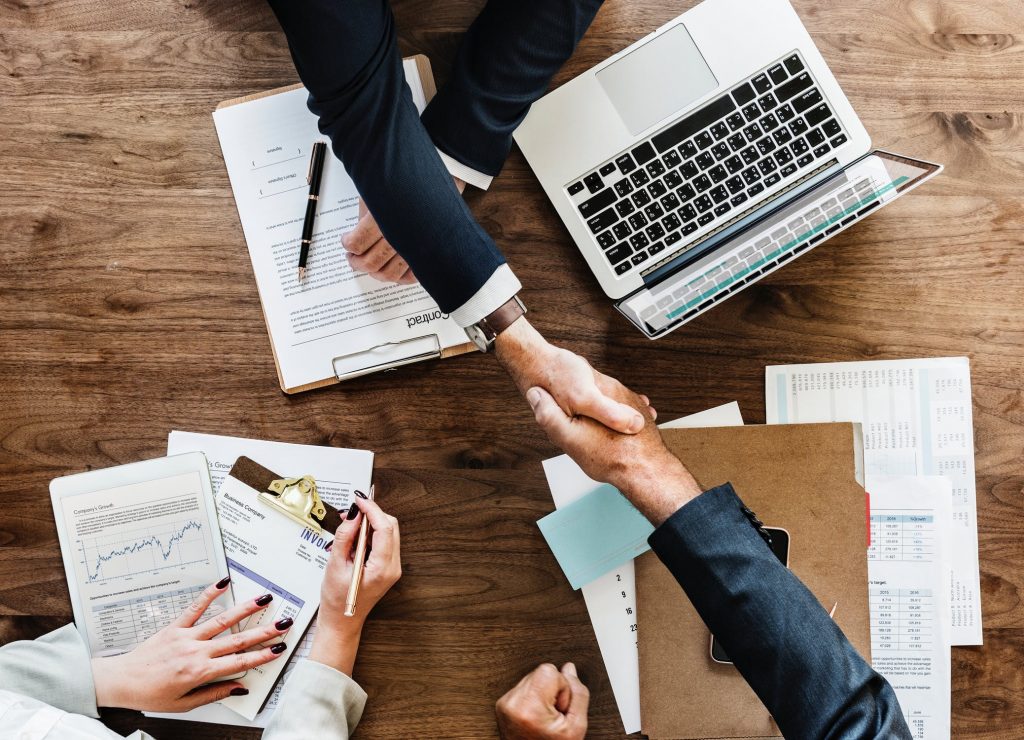 They Will Find You

There are a few super important battlegrounds when it comes to your company versus others. Your physical location, for example, might be huge if you depend on foot traffic for a percentage of your revenue. Of course, once you’ve set out your stall in one location, it would take a lot of effort to move to new premises, but it’s still worth keeping an eye on any spaces that come available. No matter where you’re located, there’s always one area that you should focus your attention on winning: the Google search results page. Work with a company that offers search engine optimization services, and you’ll be on your way to a higher Google ranking. Studies have shown that the majority of customers search for a business online when they need something — if yours is the first result that they see, then that will give you a huge advantage.

The other aspect of the internet that you’ll need to keep in mind is your reviews. They can push a potential customer over to one of your rivals, if you’re not actively managing your feedback. While you can’t stop people from writing negative reviews, you can respond to them, and explain whatever issue they may have had. You can also encourage the people who are happy with your business to write positive reviews. In a toss-up between one company and the next, the quality of the feedback from previous customers will be important.

There’s nothing wrong with simply staying where you are, but it can show a lack of development if your competitors are expanding into new markets. Indeed, one of the best ways to grow is to look at new areas for your business. This investment will see greater offerings and improvement, providing that your core duties aren’t negatively affected during the expansion.

One of the main problems with taking customers from other businesses is that people are part lazy, part loyal. If they’re generally happy with a company, then they’ll be unlikely to switch to a competitor unless there’s some sort of incentive. So why not ensure that they do have an incentive for switching? An introductory offer for new customers, if applicable, is a fantastic way to get people on the hook. Once you’ve got them in the boat, it’ll be up to you to ensure that they remain happy with your business.

A business is only as good as the employees. They’re the ones who will drive everything forward, and the better they are, the better the company will be. If all the best talent is working for your competitors, then you’ll find it impossible to stay ahead. So make sure they’re working for you. There are plenty of ways you can make your business appealing to a potential employee, including paying a good wage and offering favourable working conditions. If you only seem to be attracting second-rate workers, then it’s time to change your hiring process to bring the best talent on board.

Do you know why Amazon has become such a wildly successful company? It’s because their number one goal is to please customers. That’s it. They’ll do whatever it takes to reach that goal. Now, no-one’s recommending that you take Amazon’s approach, since they have a pretty awful record when it comes to social conscience matters. But the customer service thing should stick. It’s this type of stuff that makes people stay with a business, even when an alternative comes along.

Finally, remember that it’s always important to keep one eye on tomorrow. Things might be going well right now, indeed, you might even be blowing your rivals out of the water, but if they’re plotting for a brighter tomorrow while you’re sitting content, then you run the risk of falling behind. It’s always important to think about which path you’re going to take your business, so make sure that you’re developing a plan for the coming year and beyond. It’ll help to keep you ahead, or move you ahead of the competition.